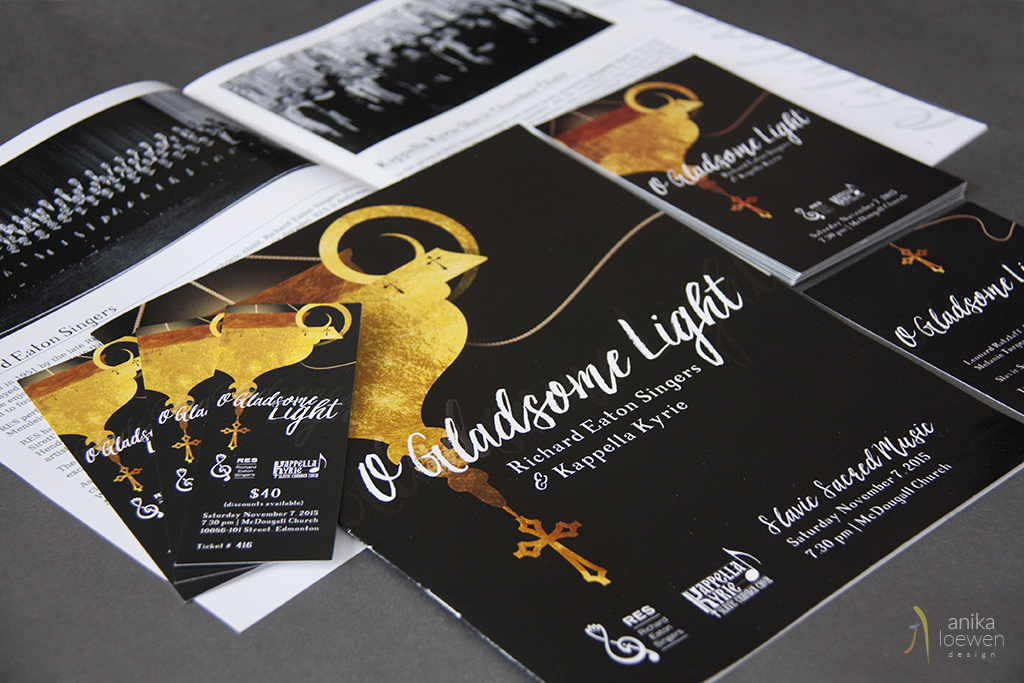 i was honoured to once again be asked by the [richard eaton singers] to do their promotional material for the 2015-2016 concert series.

the richard eaton singers is an edmonton choir with deep roots in the edmonton musical scene. in it’s 63rd season, they are well known for their collaborations with the edmonton symphony, and have presented fabulous pieces like handel’s messiah, bach’s b minor mass, and fauré’s requiem, to name a few. their partnership with edmonton’s [pro choro] in september, 2014 for joby talbot’s path of miracles, was a huge hit.

plus, i am a second-generation member of the choir, so what if i’m a bit biased?

while talking about the direction that we wanted this season’s design to go, i felt like string could be used to “tie” the two concert themes together. oh gladsome light used a “lampada”, or ukrainian orthodox hanging lantern on a rope while this mortal coil (which will be performed later in 2016) is a heart made of wrapped string.

the two themes developed more commonalities when we introduced gold as being the feature colour.

both the client and i were tickled about how well the design turned out.

check back later in 2016 to see what the second half of the season’s designs look like!